This week I’ve spent some time working on a crucial part of the game: Flashbacks!

The flashbacks hold some very important story moments, and they have a minigame element associated with them.

There are a total of 7 flashbacks in the game, and you can get all of them in one playthrough, but you can also avoid most of them, depending on what you value the most: the truth or your sanity.

While some flashbacks will reveal a whole picture of a moment, others are part of a bigger moment, and will uncover only one piece of the puzzle.

I have also recorded a video to show what the whole thing looks like in the game. If you want to avoid possible spoilers and go in knowing as little as possible, consider not watching. Remember this is still a work in progress, and some things will change and be more polished in the final version, like the text  boxes, sound effects and the color of the puzzle pieces.

That’s all for now, remember you can pre-order Blackout on itch.io for a discounted price, or wishlist it on steam!

Not a lot to say since I wrote a post recently on itch detailing what’s next for the game, just wanted to share our brand new model for the New Wenders Taxi, made by Siebel3d! 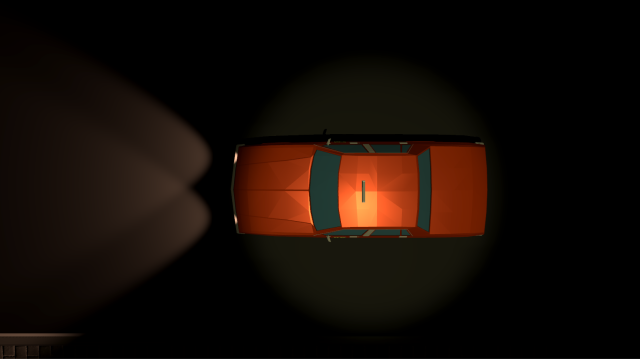 Still not 100% sure about the color, let me know what do you prefer, orange or yellow. I think I like the orange one a bit better, but the yellow stands out more in the dark. 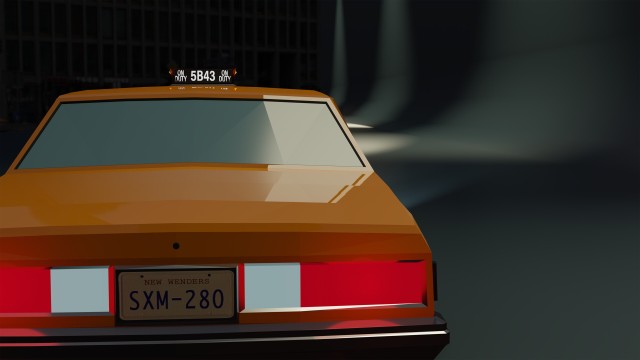 On this post, I will write about something very important that we have been working on for a long time: the map of New Wenders!

We’re not Bethesda, so we didn’t start the game with a map, on the contrary, the idea for the map came in very late, when the story was already finished. More precisely, when we updated the game to widescreen aspect ration.

If you played the preview version on itch, you probably noticed the map is just a placeholder and serves to nothing but aesthetics. But we wanted to make it interactive and something the player can use as a reference for story events.

We ended up removing the “chapter select” screen that is on the preview version. This screen was supposed to appear every time a chapter ended, as a transition to a new location.

But since we now had a map, it made more sense to show the transition through it.

The player can also access the smaller version of the map at anytime. When he passes the mouse over the points marking the locations, he will see some information like how many passages has he visited and what events happened in each location.

The evens will written in bold if it happened during the current save, and grayed out if it happened in a previous save. If the player never seen experienced the event, it will show as ??????. In a similar way, the visited passages for the location appear in bold, while the known passages from all playthroughs appear grayed out.

This post is more focused on the map itself, later on I will talk more about New Wenders. What kind of city is it? What kind of people inhabit it? What do they feed on?

A noir game where a vampire drives a taxi in the streets of New Wenders.

You play as the taxi driver, and get to talk with the passengers through a series of branching dialogues. 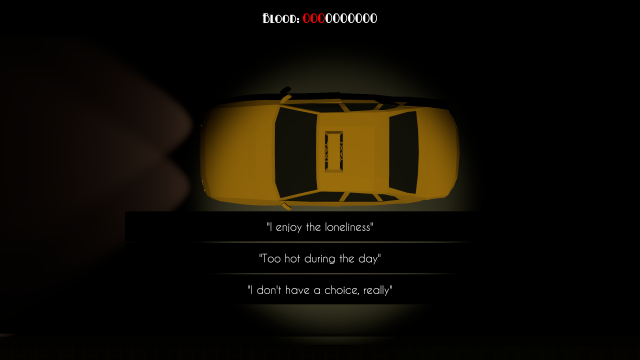 Ultimately, you can choose whether you want to take them to their destination or feed on them.

Taxi By Night was made in 5 days for #VampireJam, so it’s very small in scope, I used it mostly to learn a bit of 3d development. The game will be updated with more story bits 🙂

All 3D models are from Quaternius. You can get them for free on his website and support him on patreon.

At first I decided to add keyboard control to make testing easier and faster (also tendinitis), but then I realized it might actually be a better way to play rather than using the mouse.

For the regular gameplay, you can advance pages with the left and right arrow, and make choices with numbers 1 to 5.

The white font on the third choice means this option was already selected on a previous play-through, since the game has many different paths, I thought it would be nice for the player to visualize which options are new to him.

The SPACE key has a different function depending on the context. In most places it will act as a mouse click (advancing a dialog cutscene, maximizing/minimizing an image), but it is also used in the minigames. By the way, if you played the demo version, you will notice that the minigames are now linked to the relevant attributes, so they will be harder or easier depending on the value of your attribute.

Besides that, I’ve also started working on polishing some aspects like adding fade in/out and adding some animation to tape-covered text.

That’s it for now, hopefully will have more information on release date soon, for now you can wishlist Blackout on Steam or pre-order on itch.io!

I first used this effect on the teaser trailer, but I liked the effect so much that I decided to add it to the game as well, it brings a nice dramatic effect and also invokes the comic book style =)

Art by the amazing Damsa

The effect is quite easy to achieve, it’s just four separate cameras with render textures.

It took way longer than I expected to finish this updated due to the fact that I was moving to another country and as you might imagine that takes quite a lot of time and effort.

But now about the game. If you played the previous version of blackout you probably noticed id had a 3by4 aspect ratio (aka iPad), because Blackout began as a mobile project. We have since then decided to change it to PC, in part due to the great feedback we got here on itch.io. To do that, we redesigned the whole in-game menu and character file. We also updated all the textures in order to have a more unified look and higher resolution. 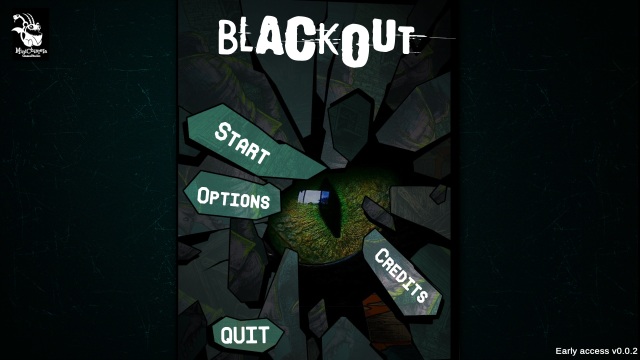 In case it’s your first time hearing about the game, this is what it used to look like in the previous iterations:

What I think added a lot was the new “Folders” to represent the character file and options, as well as the Map. For this version the map is a placeholder, but in the final version you’ll be able to see the location you’re at and get some information.

The complete changelog for version 0.0.2:

I hope you’ll enjoy the update, and meanwhile we’ll continue to work to finish the game. This is the first chapter, the final game will have 10, but which chapters you’ll see will depend on your choices.

We have a newsletter you can subscribe to keep up with the development or if you are interested in participating in out future beta test.

If you like the game, please help spread the word, send the itch.io link to a friend, tweet about it, anything helps! I would also like to thank everyone that donate to the game and people who made videos on YouTube, this really helps with our motivation to finish the game =)

This game was created in 2 weeks for “A Game By It’s Cover” game jam, on itch.io.

The idea for this game was to take the concept of the classic “Rock, Paper, Scissors” game and try to do something cool and different, so the first thing that came to my mind was “what if the players have to throw big stones with the Rock/Paper/Scissor shapes at each other?”.

So we tried to think about it as if it were a kind of Sport, with spectators and all, something that would be like a mixture of Sumo and Jan-Ken-Po.

You can download the game on itch.io, if you do, let us know what you think, and what you would like to see improved or added =)

The GameJam itself is based on the Famicase Exhibition that takes place in Japan every year, where artist draw the cover art for games that don’t exist. So basically the only rule is that you have to choose one of these covers and make a game based on it. This is the now we chose:

Recently took this project out of the drawer and decided it’s time to finish it. It’s the first game we started when we created MiniChimera, but as it often happens we got sidetracked with other projects. It also helped that took me roughly 3 years to finish writing the whole story.

We’ll have a sort of “preview” available soon, probably sometime this month, on Itch.io. This will include the first chapter of the game (from a total of 10), and it’s called The Alley. This preview will be used to gather some feedback as we implement the rest of the game, and also as a mean to help spread the word.

This is a choose your own adventure game about a man who wakes up from a blackout in a dark street in the middle of the night. He soon learns he took part in something terrible that caused the blackout, so the player has a choice to steer away from it and go home, or dig into it. The story changes a lot depending on the player’s choice, and there is no game over or dice rolls, only different paths and endings.

The story and mood highly inspired by White Wolf’s World of Darkness and H.P. Lovecraft. It’s a seemingly normal world with a lot of twisted stuff happening in the shadows, just beyond the reach of a regular passerby, but as soon as someone get’s a glimpse of what’s going on, there’s no way back.

At some point along the project we changed the style to make it look like a comic book, here’s some comparison shots. It’s hard to believe I was once satisfied with the old style, initially I wanted something more along the “black and white” style, but now I cannot look back. It’s a good reminder that you should keep changing and iterating until you are completely satisfied! 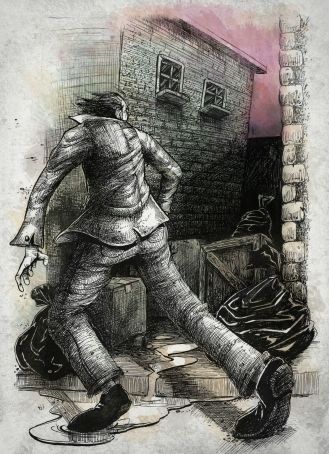 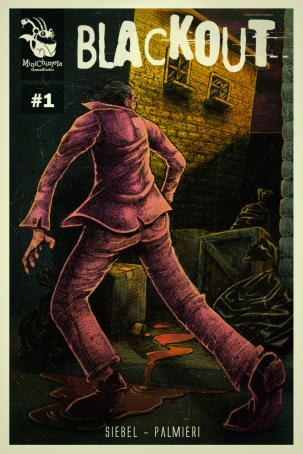 Thank you for stopping by, the next post will probably be about the launch of the preview! 😉

Gifs are huge on social  media and are a great way to  share cool snippets of your game.  If you are a game developer you probably know that by now.

What’s also  cool about gifs is that they are really useful too, it’s an easy way to check on what’s happening frame by frame.

I’ve been using a program called ScreenToGif, it’s very simple, does not require you to install anything, and can export to video or gif. It also has some neat editing features and effects.

Another use I found for gifs is to show something to your work partner if you work remotely. “Hey, did that animation I send you worked well with the background?”, a gif is a quick and painless method of showing it, easier than sending a build and more efficient, maybe the person is on mobile and wont be able to check a build until later on.

What other uses do you have for .gifs?