The game is 10% off for the first week! We have also added a deluxe edition that contains the eBook version, twine files and a set of wallpapers! (Every copy purchased on itch comes with a key for the steam version!)

If you haven’t checked already, here’s our launch trailer!

Very happy to finally be able to announce a date for the release of Blackout!

The game will be available August 19th, for Windows, Linux and MacOS!

Wishlist on steam or get it on itch.io.

The day has finally come when the art is final and I am able to update the old screenshots (and gif!) 🙂

Right now the only thing left is to fix some small bugs and performance issues on MacOS. And the trailer, which is in the works! If it all goes well, the game should be out really soon. I can hardly believe it, seems like I have been working on this forever (on and off, but for a long stretch of time).

If you work with press or gaming related content on YouTube and are interested in the game, let me know so I can arrange you a review copy 😉

The game will be released first on Itch, but you can also Wishlist it on Steam. 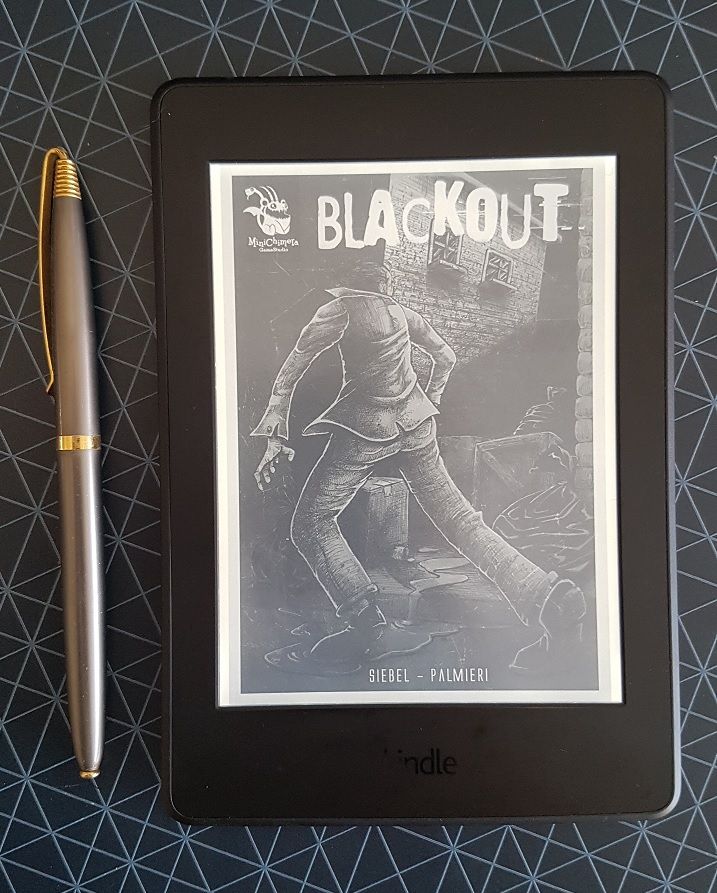 Version 0.2.0 is finally available! There are 3 new stories to play and a bunch of improvements. My friend and collaborator Nathan Gould has done an excellent job editing all stories. No only the overall quality of the text has increased immensely, but new dialog has been added as well. 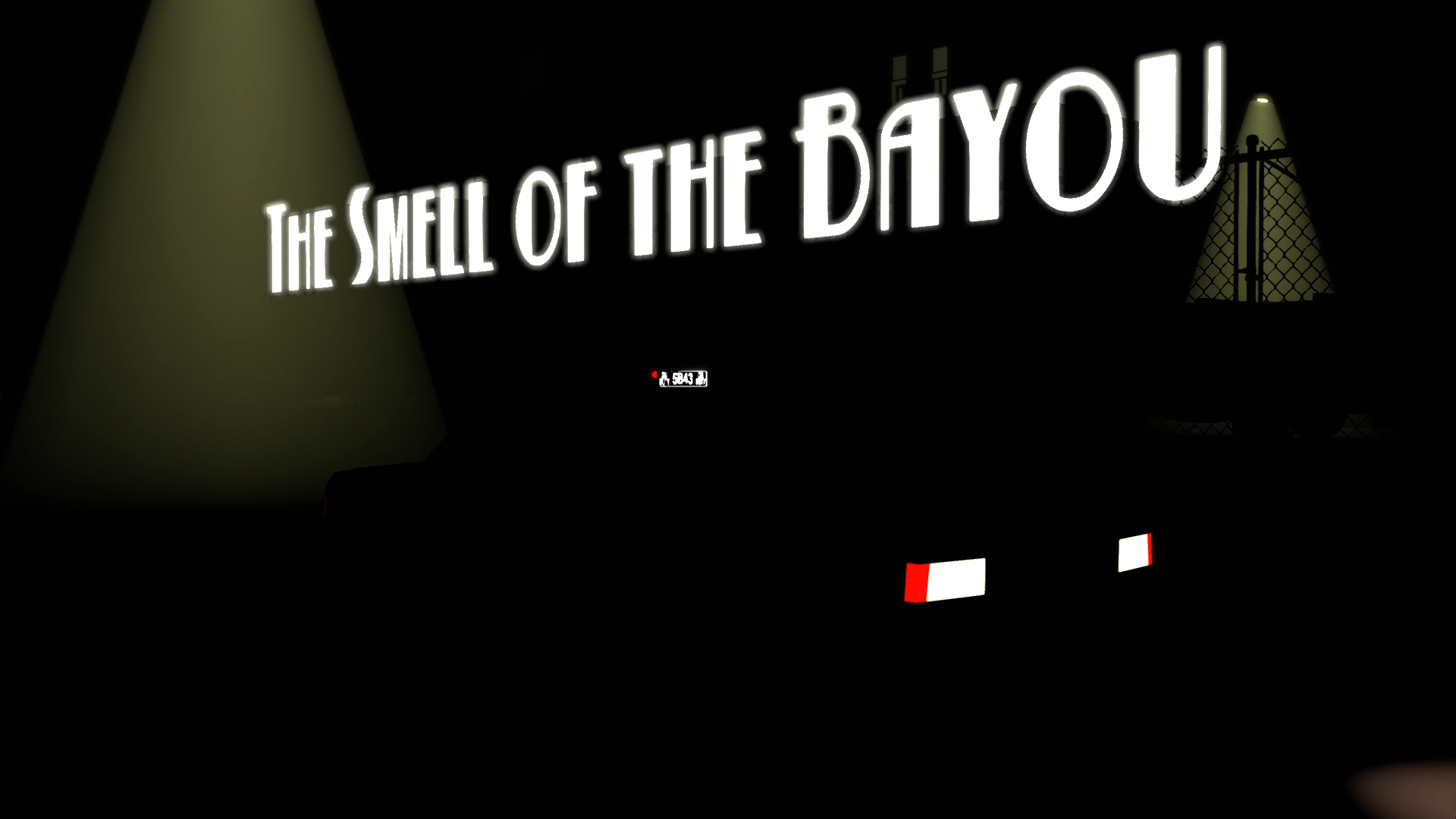 As for some visual changes, the lighting has been fixed in order for the game not be so dark in some areas. You can see a comparison below.

Also, Siebel3d has made an all new model for the Point665 Bar. You can see a comparison on this recent post. 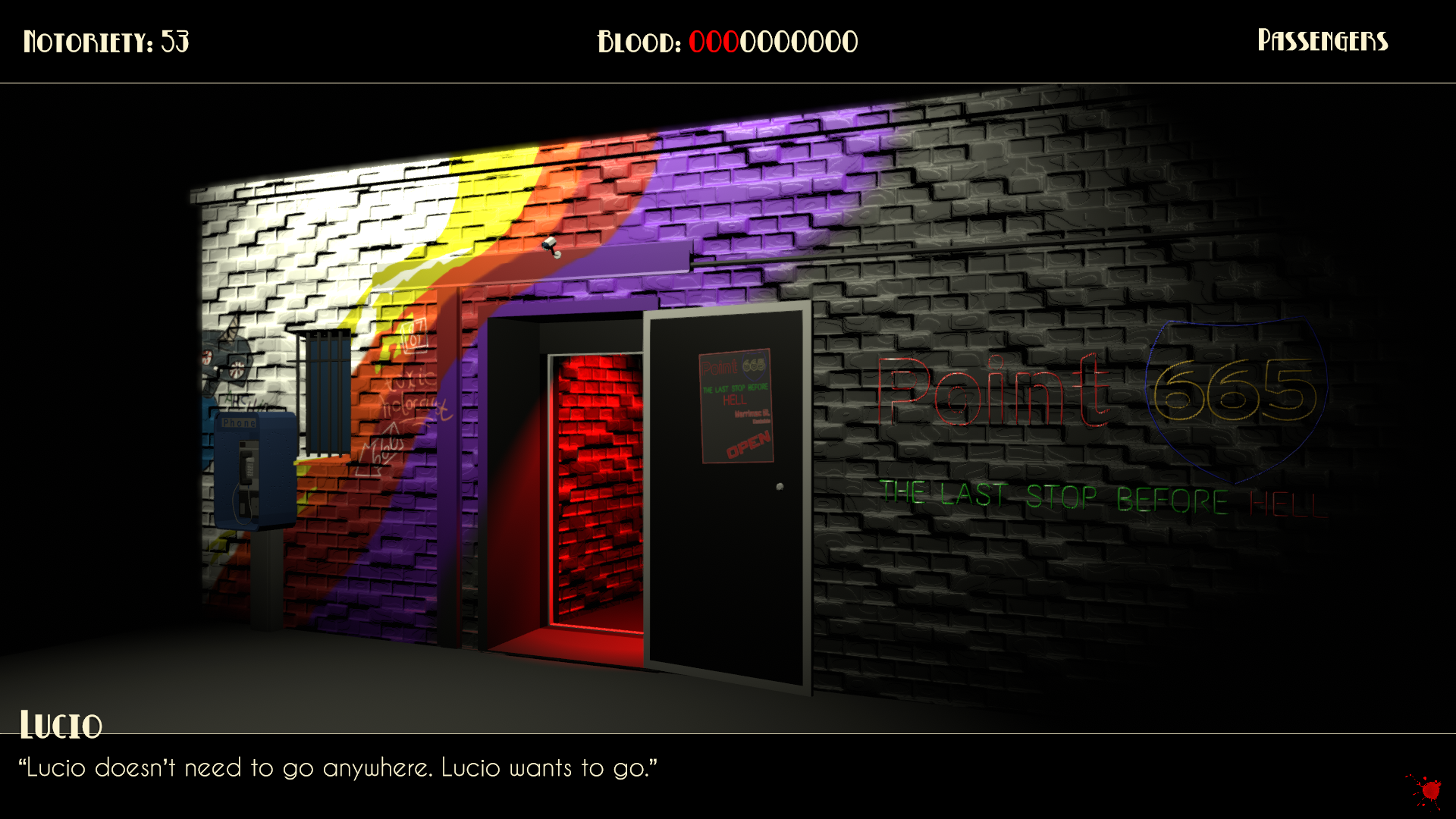 The game also has an autosave system now (manual saving coming in the future). And there’s a menu where you can see all stories and mark them as played, in order to make it easier to replay them.

You can find a full changelog inside the menu as well for a complete list! As for the next version, I’m planing to add 4 new stories, and a whole new area (neighborhood), the French Quarter. 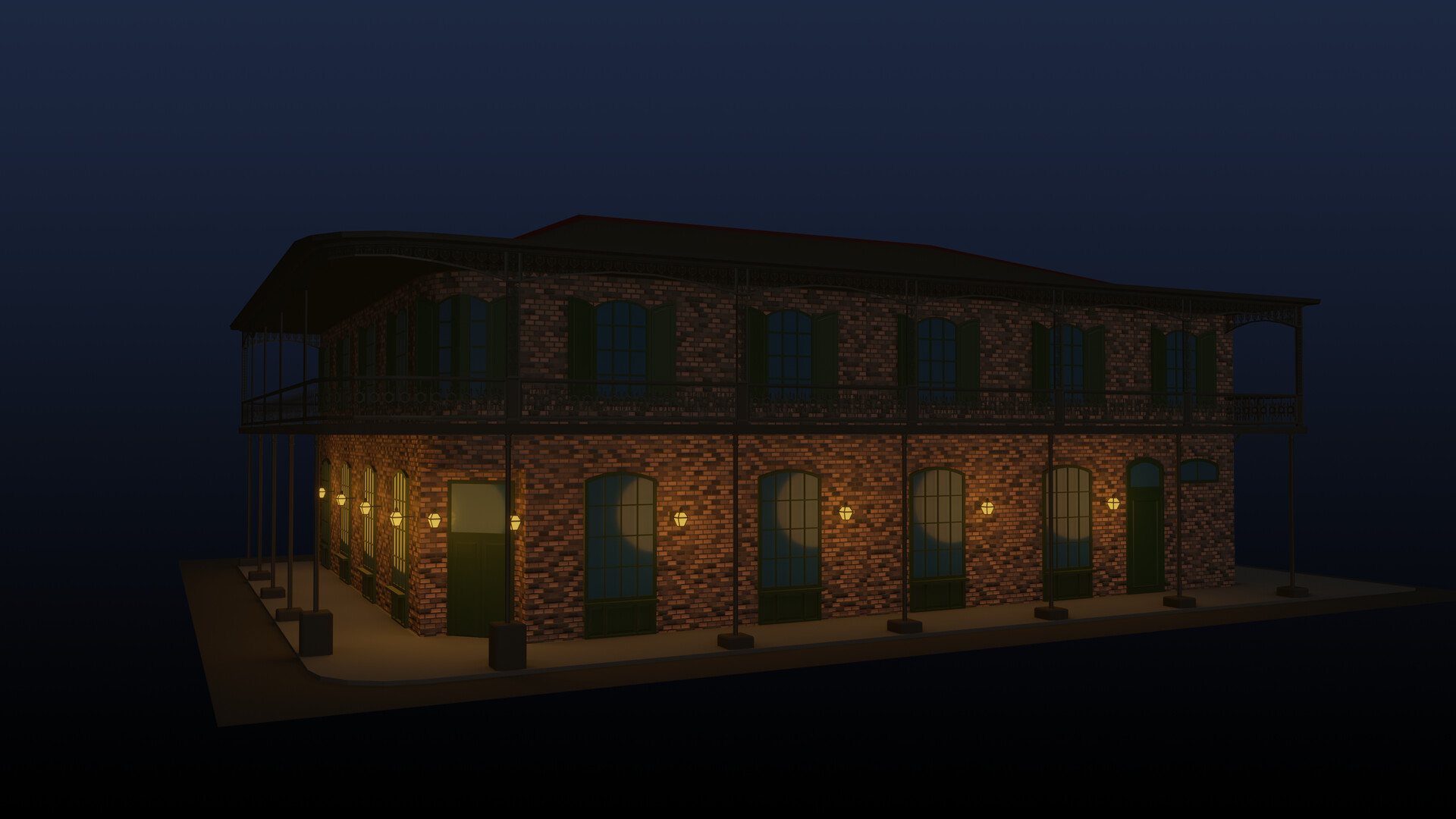 This update will be a big one, and as I mentioned before, I will increase the price of the game whenever I make one of these. So get it now if you want to get a discount!

A quick post to share recent updates. Last week @SiebelGustavo finished a new model for the “Point 665”, the bar that appears in several stories from Taxi by Night. 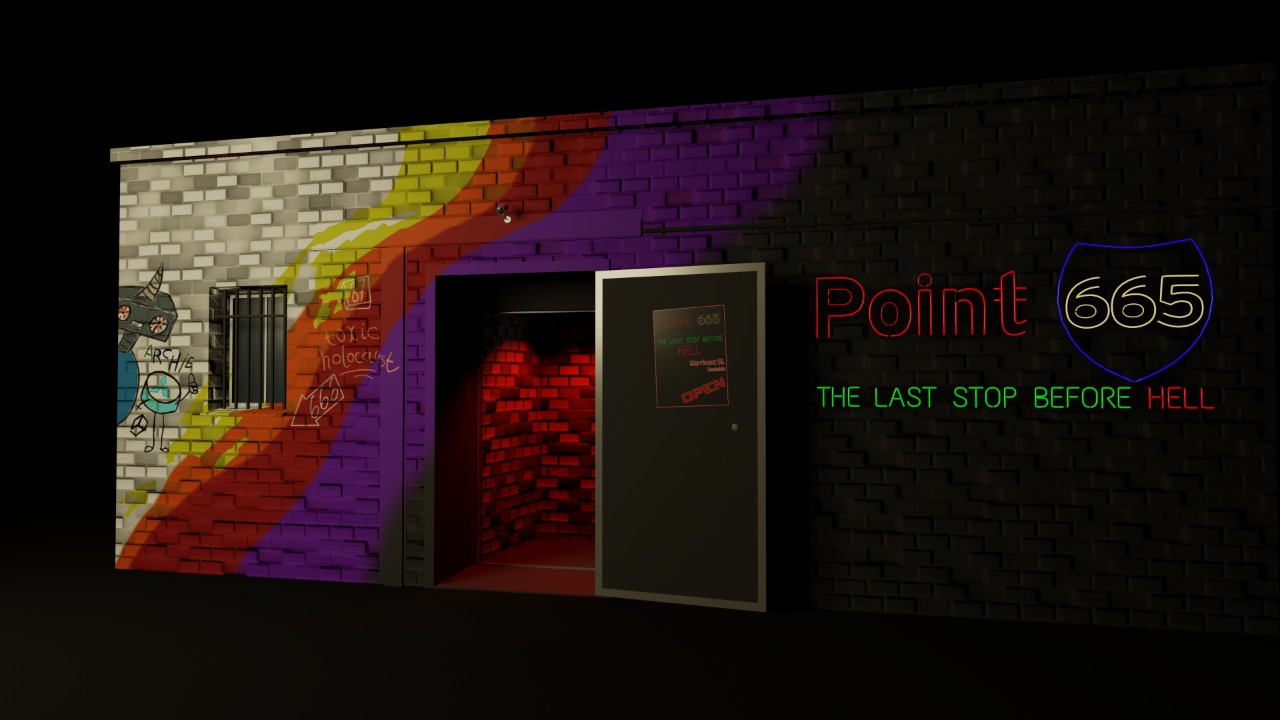 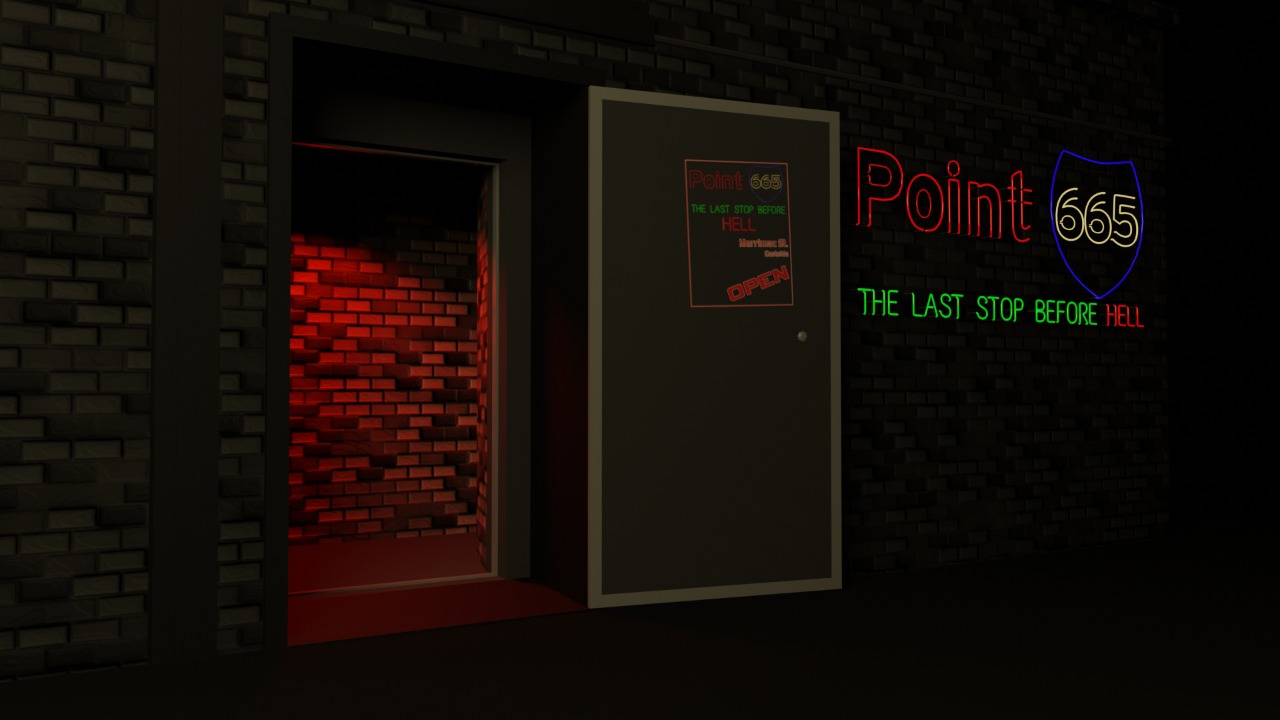 And to give you a perspective, this is what the placeholder version looked like in the early access version 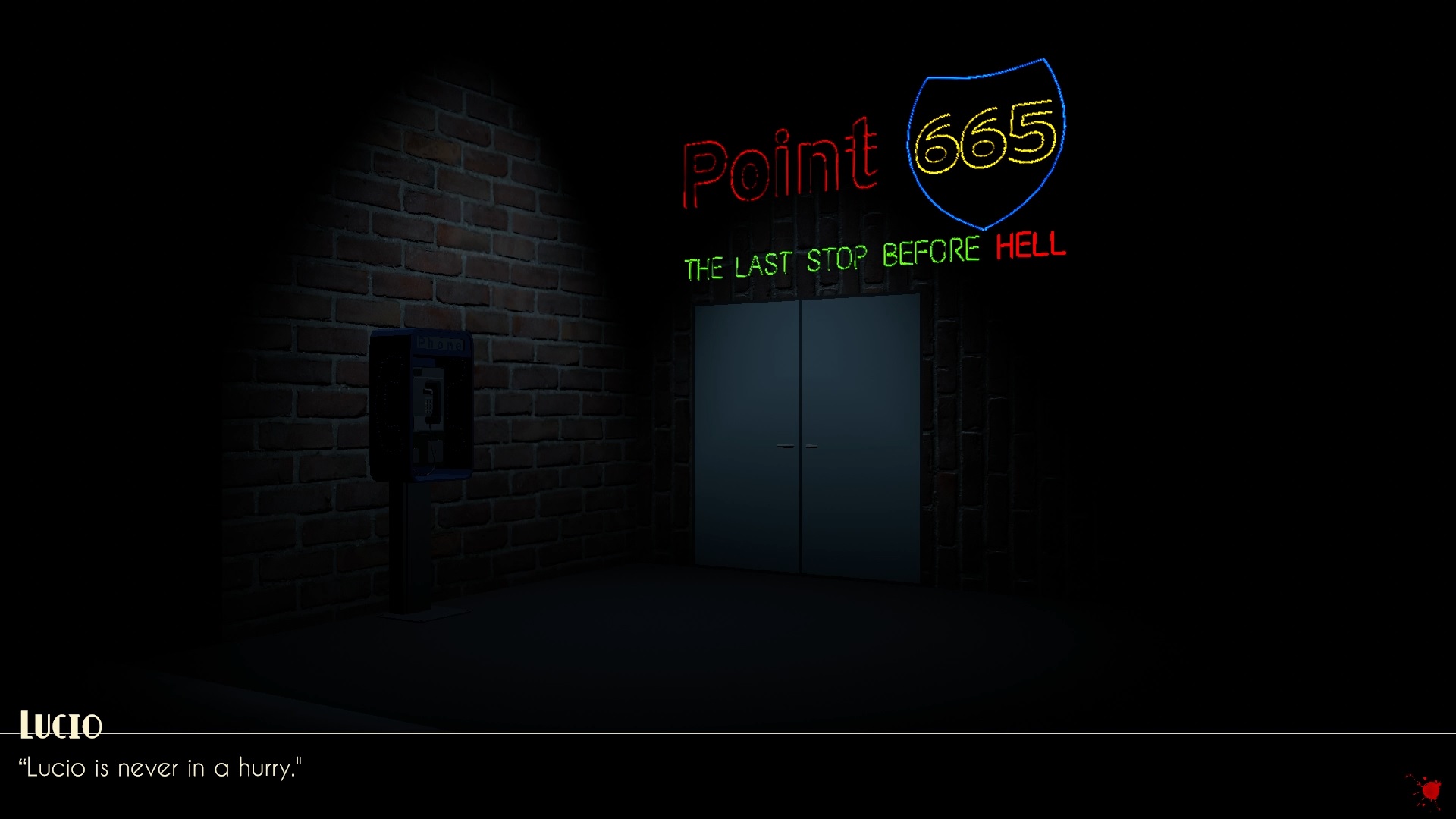 This improved model will be featured in the next update. And, in a future one, there will be a few stories that take place inside the bar as well.

That’s it for today, hope y’all are doing well during the quarantine and staying the fuck home =)

Still working on the next update. Two stories are already in, still one to go!

One of the stories features a character that will show up quite often, the radio host for New Wenders Night Radio, Gordon Pole. 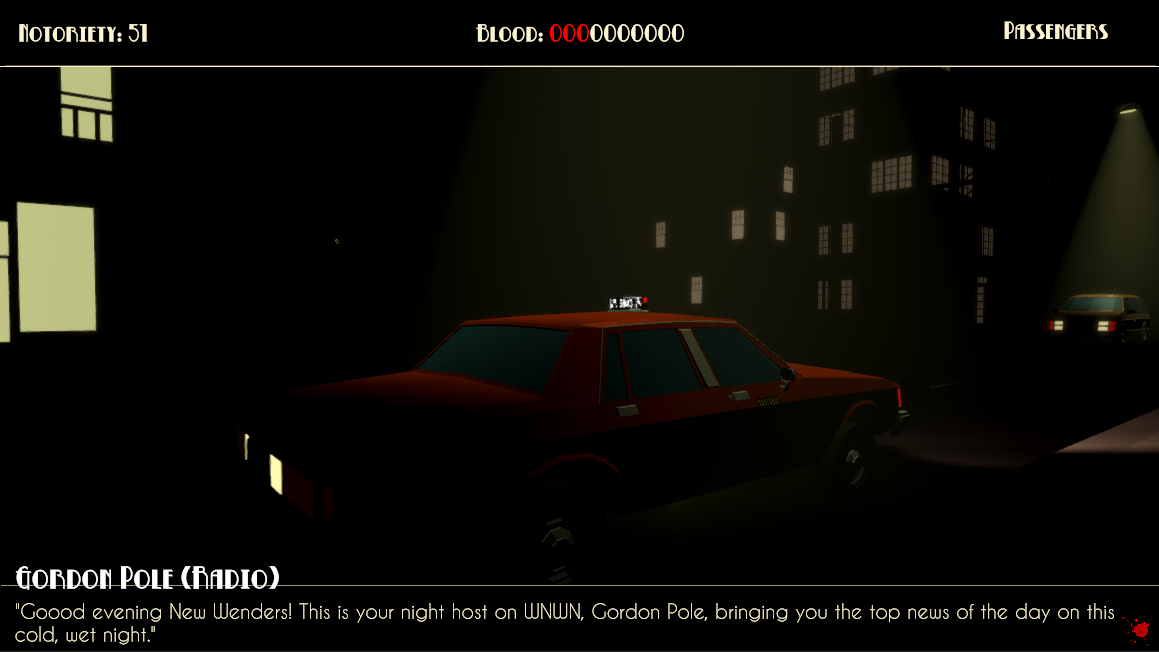 On another note, @siebel3d​ has already been working on a new neighborhood that will be added on a future update, the French Quarter:

The French Quarter is the oldest part of New Wenders, and in the recent years has become a synonym for night life and a hot spot for tourists. The abundance of drunk people makes the French Quarter is a prime hunting spot, and with narrow streets and dark alleyways, a perfect place to dispose of your snack inconspicuously. 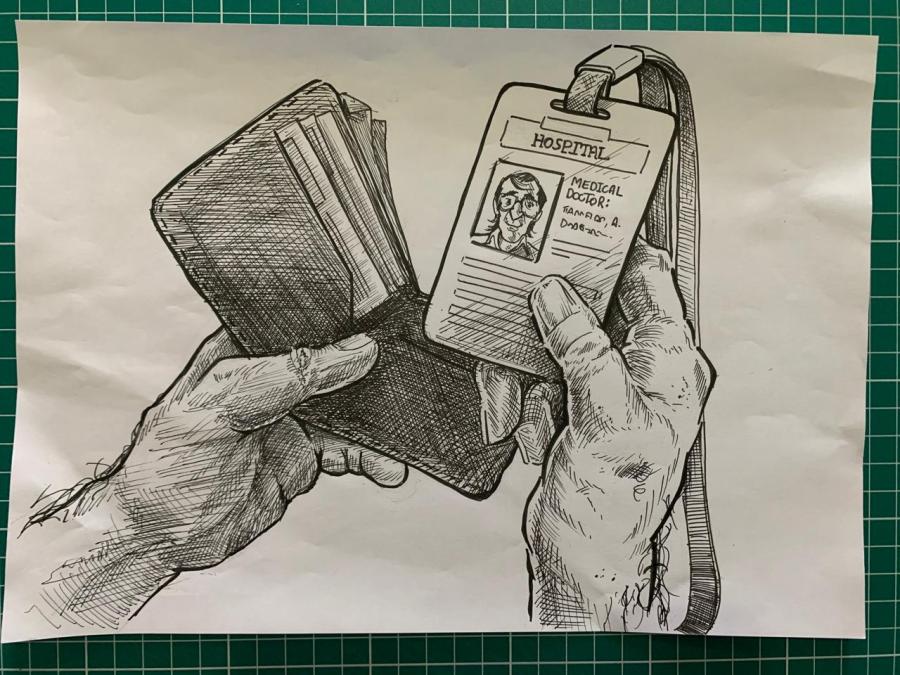 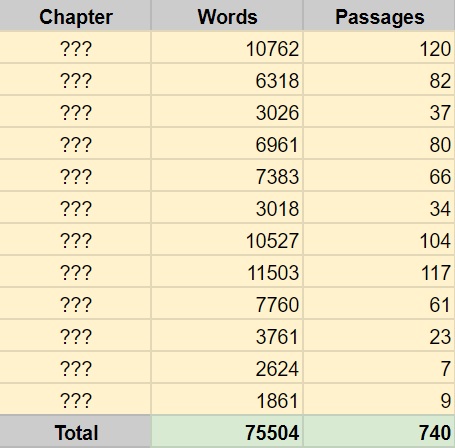 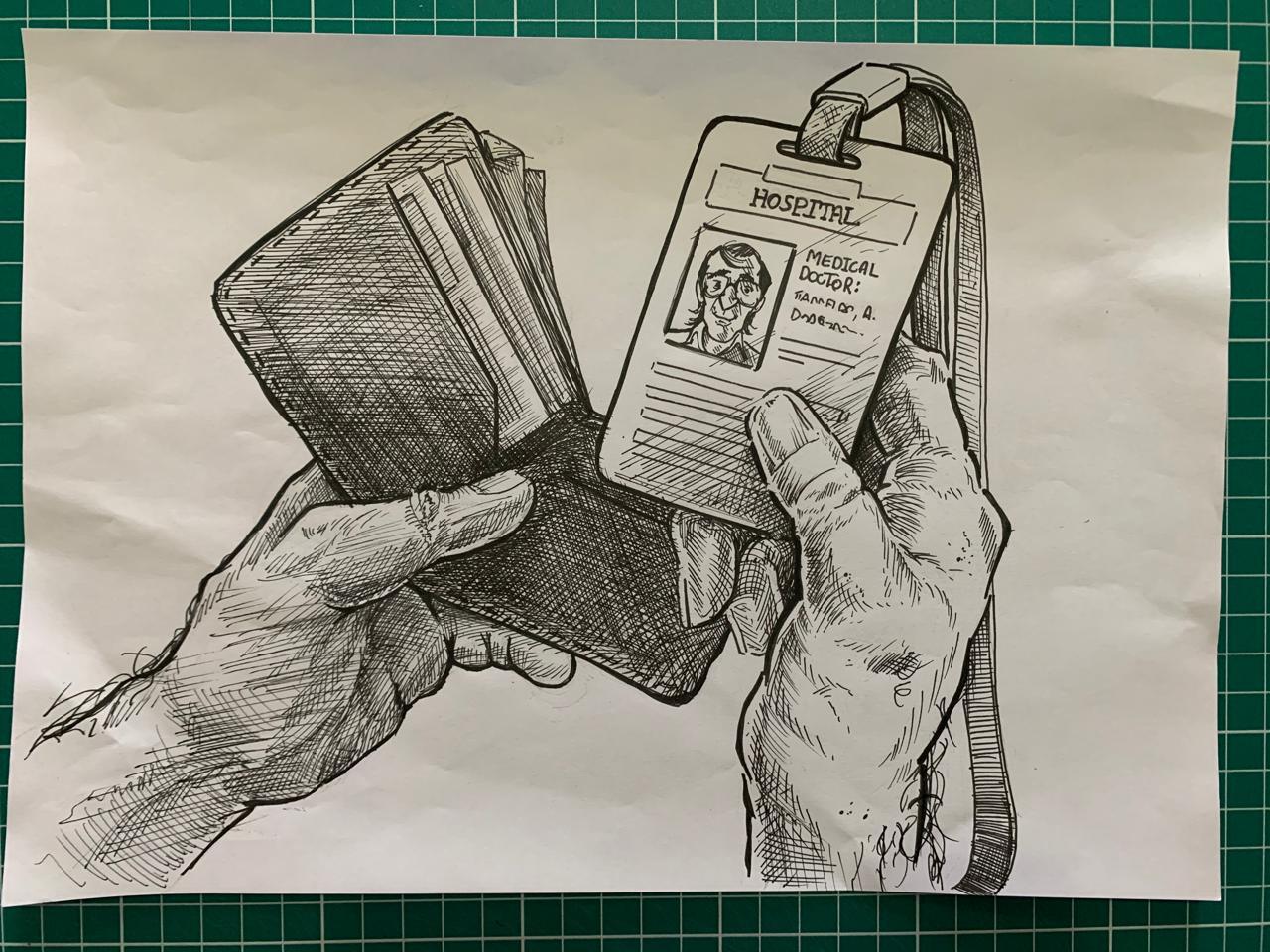 Taxi by Night has finally launch on early access, and just in time for the itch Halloween Sale!

You can get a 10% launch discount until November 4th!

If you want to know more about how the updates will work, and what do you get for buying the game early, we have a detailed FAQ post. In case you have any further questions, you can leave a comment here, on the game page or even through our channels on Discord, Twitter or even email minichimeragamestudio@gmail.com.

We have also set up a rewards program as a way for you to support the game in case you really like it, or even have a say or become a character in the game yourself. You can check all the rewards on the game page.

I hope you enjoy the game, and if you do, please let us know, and help spread the word about it.

I wanted to make a devlog post highlighting some of the changes before we launch the early access version, which should happen in one or two weeks, if nothing goes wrong.

Most stories in the game take place in certain neighborhoods of New Wenders. There will be two of them available for the Early Access launch: Downtown and East-side (the first one being the one that was on the game jam version).

But some stories will unfold – in part or entirely – in smaller areas, like a diner. One specific diner, called Tangerine: 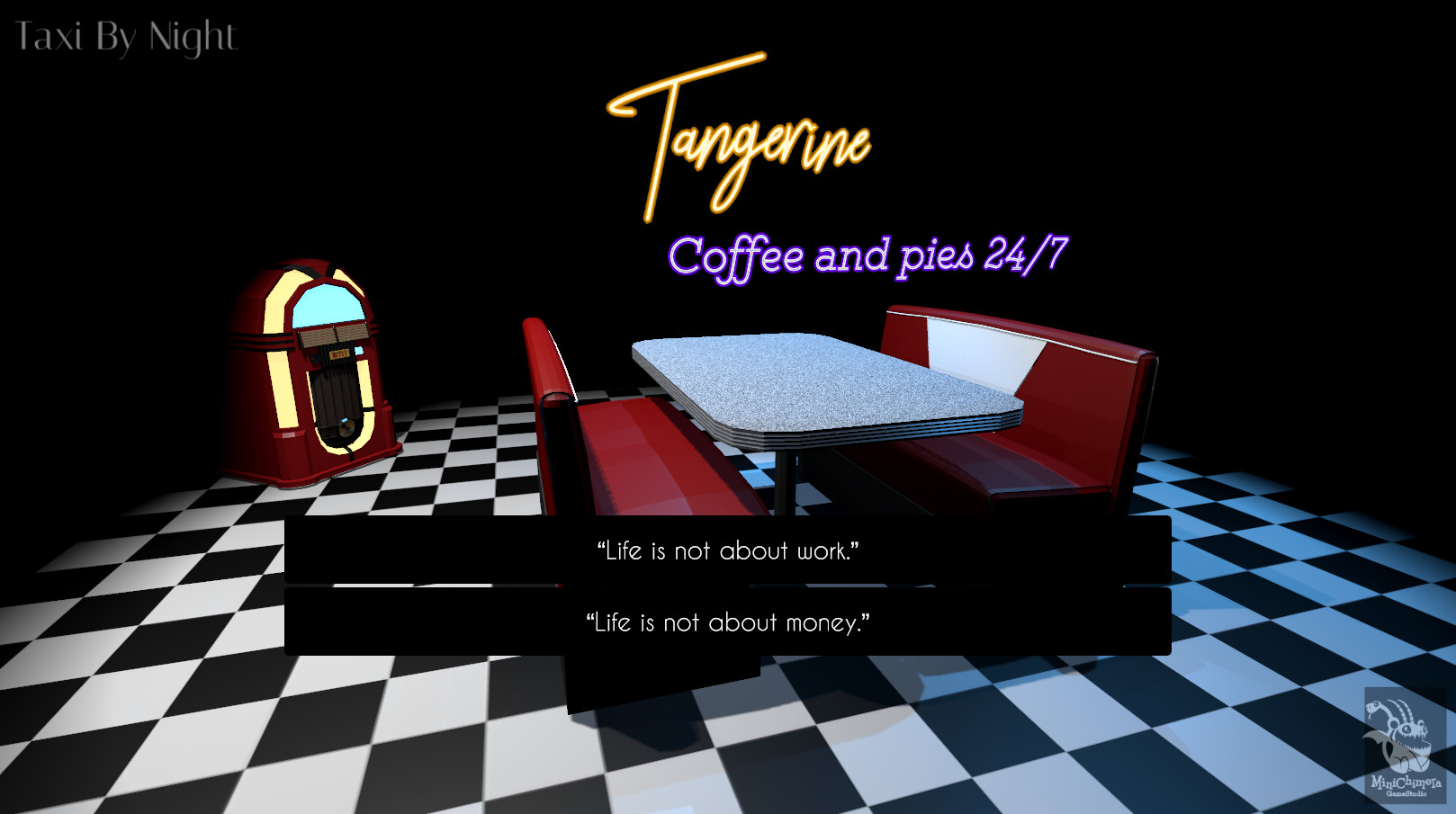 And speaking of coffee, you might also run into some not-so-pleasant encounters. 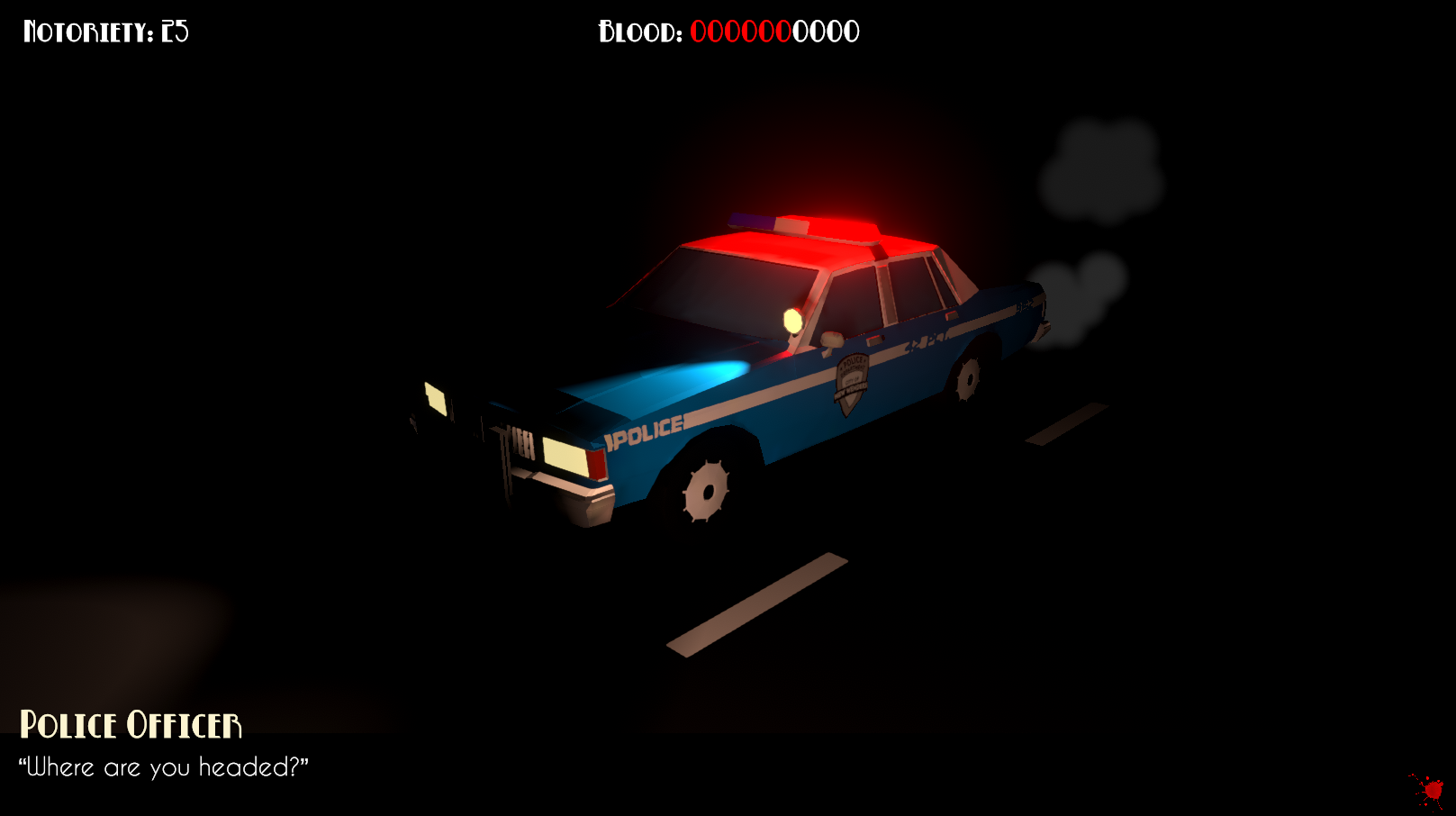 The new neighborhood, East-side, is very different from Downtown. It’s darker, the buildings are not so nice and there are no trees or small parks around. 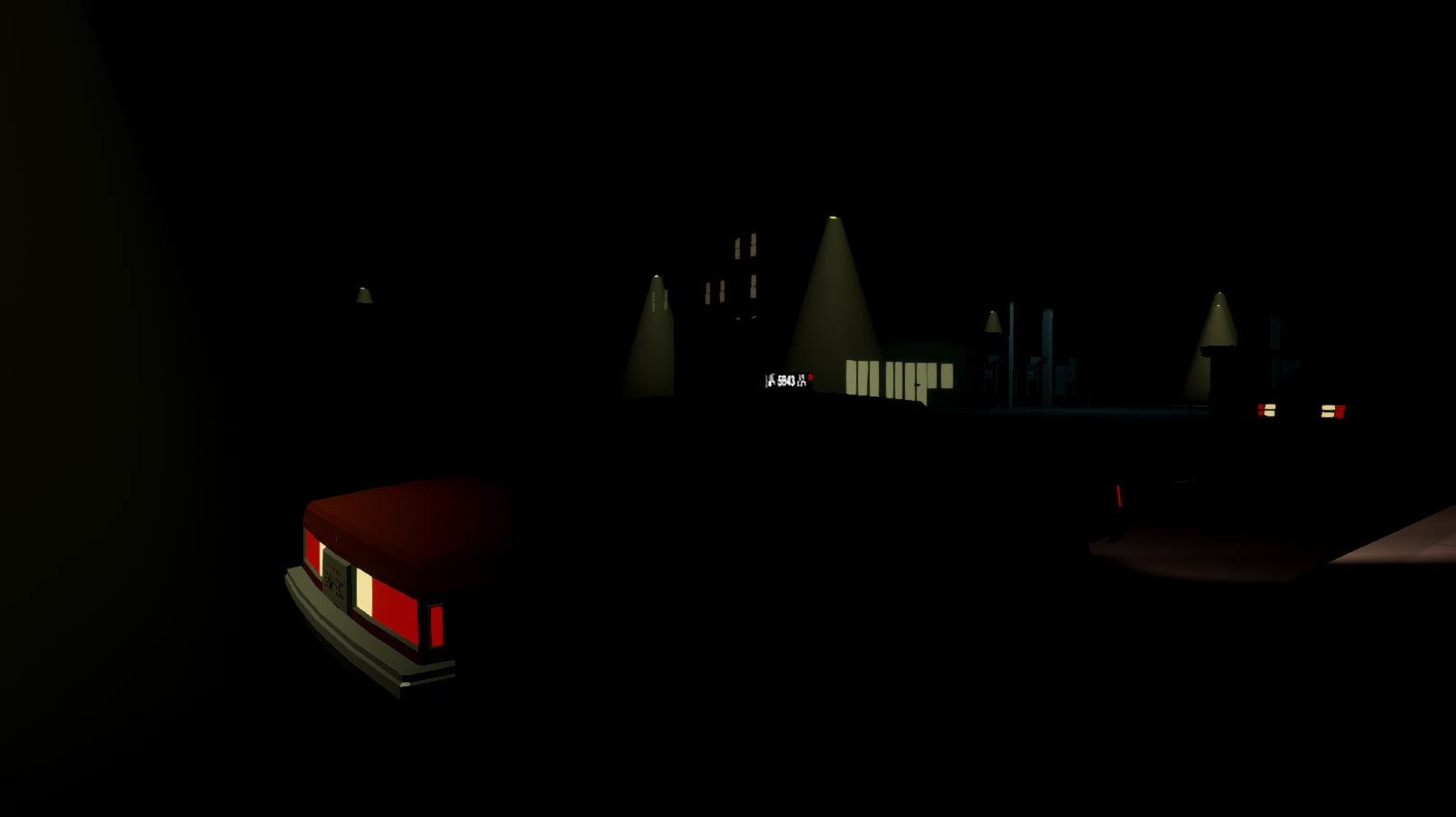 As for the stories, the early access version will feature four of them (so about 10% of the total planned for the full game, most of which is already written as of now), with different characters, in three different locations.

I will have an FAQ done before launch detailing more of what’s going to change with every update, but basically the idea is to add new stories and fix/improvements based on feedback. The price of the game will also go up as we make meaningful updates, so that’s also a big incentive to get it early =)

If you want to get in touch in the meantime, you can come to our Discord Server or send a message on twitter @robsonsiebel